What has this man done? His name is Kevin Alfred Strom and he is a White Nationalist. Long considered one of the more erudite members of the white supremacist movement, Strom carried his message of racism and anti-Semitism to the air waves and to the internet. But, that isn't why he is in trouble.

A few months ago he was arrested on charges of child pornography and witness tampering and intimidation. Today - we finally heard about some of the evidence. In spite of all of the speculation that it was his estranged wife, Elisha Strom, who was setting him up, the truth is that Elisha was the recipient of his intimidation - and perhaps, even more recently, an attempt on her life.

Based on the evidence presented to the Grand Jury, it appeared to some that the child pornography charges were possibly the result of just internet surfing and unwittingly stumbling into an unwanted site. Those who were stalwart supporters of Strom would have liked to believe that. Then there were those who said, "I told you so."

What many didn't realize was that the evidence presented to a Grand Jury is generally minimal - just what law enforcement believes it needs to get an indictment. Strom is scheduled for trial on June 20th and a preliminary hearing was held today.

Between Septem-ber 2005 and December 2006, Strom got to know, contacted and eventually harassed the girl, according to the court filing.

Strom went to the child’s school, prosecutors said, and on one occasion hid behind a tree so the girl’s parents would not see him.

The student transferred to another school because of the repeated attempts Strom made to contact her, but the defendant researched and discovered the girl’s new class schedule, prosecutors allege.

Using a pseudonym, the document states, Strom sent the girl gifts, including a CD, a DVD, an angora sweater and a bouquet of roses.

Mark Potok, the director of the Intelligence Project, an arm of the Alabama-based Southern Poverty Law Center that researches and tracks hate groups, said Strom has been involved with the neo-Nazi movement for 30 years.

In 2005, Strom split with the National Alliance - formerly the largest white supremacist group in the country - to form the National Vanguard, which he ran from his Greene County home, Potok said.

According to the prosecution’s recent motion, a search of Strom’s personal computer revealed poems, “to be sung to the tune of ‘Here We Come a-Wassailing,’” written by the defendant, including the phrases “my love for [the girl] is not a sin.”

In addition to the prose, hundreds of pictures of the girl and hundreds of images of other children, some unclothed and in sexually suggestive positions, were stored on Strom’s computer, according to the court papers.

An unidentified witness in the case, prosecutors said, caught Strom naked at his computer looking at pictures of young girls. Paperwork filed by the defendant indicates that the witness is the defendant’s wife, Elisha Strom.

As a result of the his wife’s discovery, the couple signed a one-page notarized contract, prosecutors allege, in which Strom agreed to see a counselor until he is “free from being sexually drawn to children.” Prosecutors attached a copy of the document to their motion.

At one point, however, Strom labored under the mistaken impression that his wife had gone to authorities with her allegations against him, according to the prosecution’s motion. Consequently, Strom “accelerated a campaign to intimidate and discredit her,” which included physical assaults and verbal threats, prosecutors claim.

Defense attorneys say that there is “no evidence to suggest that Strom actually touched [the girl] or that she ever touched him.”

“He is essentially charged with attempting to make an attempt to commit sexual battery,” a defense motion states.

A judge will hear arguments on whether the charges against Strom should be divided into separate trials on Tuesday. 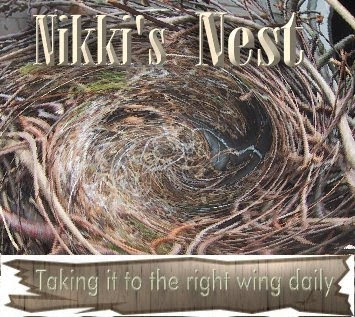 It's Time For The Adults To Run America! Progressives Unite!

As long as we, as a society, continue to bury our heads in the sand, hope that all of this nastiness will just go away, ask "can't we all just get along," without getting up off of our apathetic asses, without turning off the damned TV, without allowing ourselves to be duped and hoodwinked by our so-called leaders - we are about as useless as windshield wipers on a cat's ass."

A WORD TO THE WISE


If you are thin-skinned, easily offended, or dislike controversy and confrontation DO NOT visit our comment section!

Please speak freely - but with civility. In other words, mind your manners.

Blasts From The Past